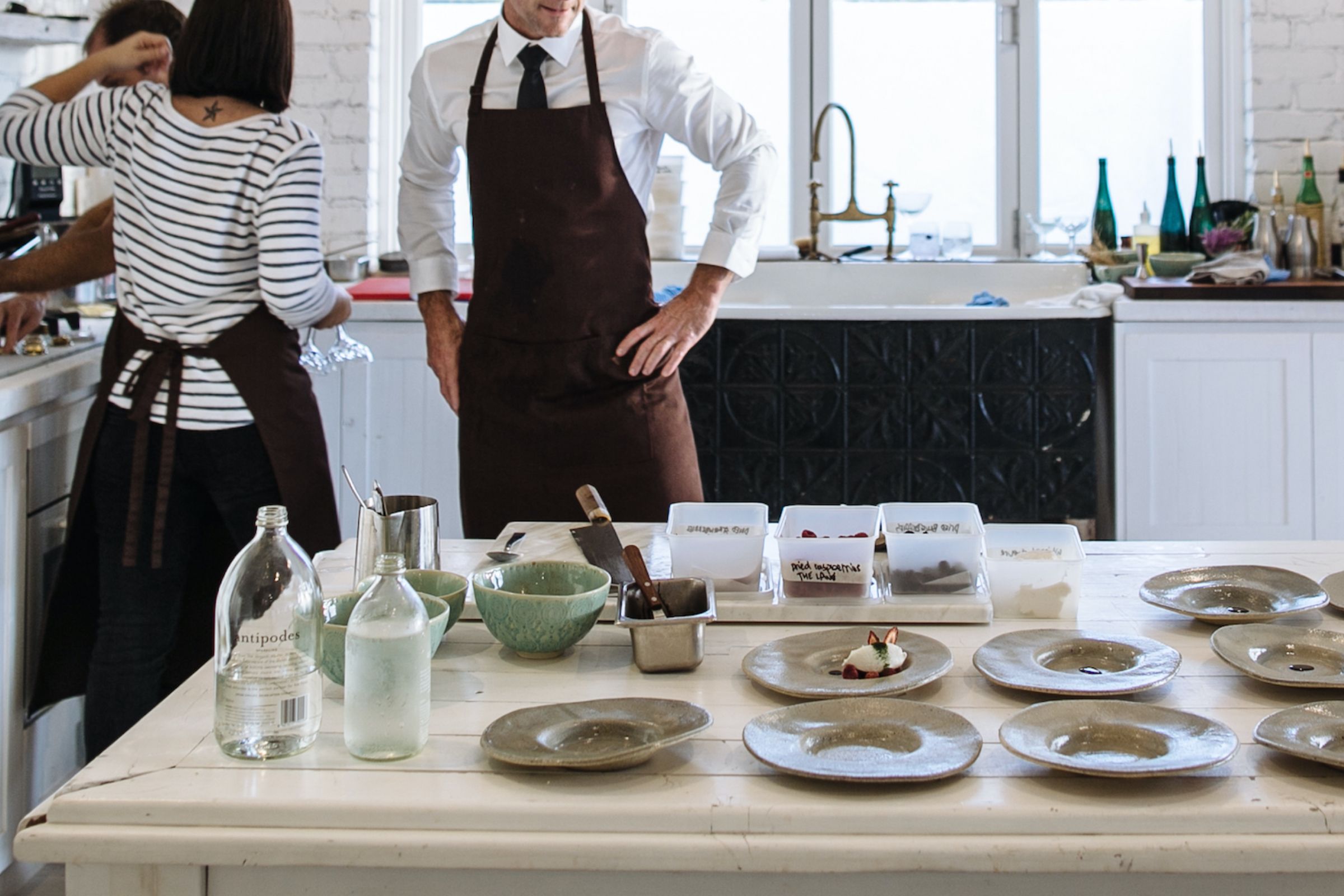 Anise is a team of catering
professionals dedicated to
a passion for food and serving.

Anise was formed 7 years ago by two good friends who came together with a passion to deliver the restaurant style experience of exceptional food and service to the local catering industry. Brendon and Remy set out with a breadth of view that was both intimate and personal while reflective of the two’s strengths combined and equal in their vision.
Beautiful food, well versed waiters immaculately attired and performing a balanced, seamless cohesion between kitchen and floor. Stunning drinks meticulously presented, encompassed by refined and elegant food, driven by the seasons, and served in harmony with what is readily available from local farmers and producers. Our beginning was enthralled in an unwavering relishing of fine food, fine service and exceptional cocktails.
A relishing only matched by our desire to carry that through to our clients and they’re guests.
“Brendon” with his lifetime in kitchen’s, and love of Italian cuisines bloodline, and “Remy”, who’s attention to fine details combined into Anise.

Artisan in gesture and experience, crafted and purposeful in its distinctiveness.
Anise is a warming spice of intention and creativity, built with a focus on the sensory and pure joy for food.

Remy having now departed for need of something new, and a calling to Australia’s southernmost region of Tasmania. Brendon carries forward the cornerstones of the two friends’ ideals, holding Anise firmly in the space for which it was created.

Over the past 7 years Anise has been at the heart of many beautiful weddings and inspired events, all of them special to us in their own individual way. The individuality of each one of our clients is what breathes the passions into our food, always seeking to tailor our service to each event’s own personality. Our desire to provide our clients with a catering service and consultancy platform not like anything else on offer is what keeps us ever evolving, ensuring only the very best for those we have the pleasure to serve.

This is the Anise commitment to you and your guests.

For more than 20 years Brendon has cooked in every kind of kitchen and received many accolades along the way. In 2001 attaining 3rd overall in the apprentice of the year completion at the Restaurant and Caterers awards held in Sydney.

From a humble little Italian trattoria to some of the countries most acclaimed.
Berardo’s in Noosa, The Observatory Hotel in Sydney, Songbirds Rainforest Retreat, Bacchus restaurant in Newcastle, Rae’s on Wategos, Peppers Coorabell Retreat, The Cabarita Ocean Retreat and Spa, also having the honour of working alongside Tetsuya, Charlie Trotter and Rick Stein during his time at the Observatory.

Brendon’s younger years cooking were defined by a small Italian trattoria on the Sunshine Coast, surfing every day and tossing pasta by night. Refining his skills at the heralded restaurants of Noosa’s Hastings street, Brendon moved down to Sydney with a love for food and a zeal to learn. After cooking in Sydney for some time at the acclaimed Observatory Hotel, Brendon left the big smoke to pursue his passion for snowboarding and surfing once again. Taking up a position cooking in New Zealand, traveling the entire country for 2 years, snowboarding and surfing his way from the south to the north. Leaving New Zealand’s shores his career followed a path of coastlines and mountains, Sumatra, the Maldives, South Africa, Mauritius, Reunion Island, Margaret River, Japan, Fiji, Canada and the U.S. Moving back to our sunny shores and taking up helm at Bacchus restaurant in Newcastle, then moving north to be on the beaches of Byron Bay where he spent a lot his youth surfing.

During his personal, and professional career, Brendon has cooked for a celebrity list that includes Tom Cruise, Silver Chair, Penelope Cruz, Russell Crowe, Paris Hilton, Elle Macpherson and Chris Hemsworth. In his time at Newcastle’s Bacchus restaurant as head chef, Brendon was instrumental in helping the venue go on to achieve a chef’s hat from the SMH. Moving north to take up stay’s at Rae’s, then onto Peppers, both establishments soon attained chefs’ hats with AGFG, including write up’s in Ocean Road magazine, Vogue, Lush, also appearing on channel 7’s Creek to Coast, as well as in The Australian Financial Review’s “Life and Leisure” magazine. Since the building of Anise, wedding features in WHITE magazine, HELLO MAY magazine, STYLE ME PRETTY wedding blog, as well as featuring on the SPELL blog, have all followed.

Away from all the cooking Brendon’s biggest loves remain surfing and snowboarding, his two little gremlins, as he affectionally calls them, Arlen and Sophia, and his loving partner Zoe as his number one.

Anise has been catering events in the Byron Bay region since 2012.  From humble beginnings we have grown to become one of Byron’s most successful, innovative and respected caterers. A story that saw its beginnings in a little garage cooking for friends and family in between our real cooking jobs. The Anise name built its reputation on personalised events with creativity and professionalism, elevating the local catering scene and becoming one of the best received caterers between Yamba, Byron Bay and Noosa.